10 Years of Being A Superhero! 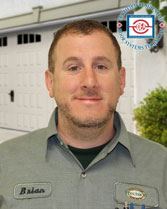 In 2008 Scott and Shauna Kale had just purchased Precision Garage Door and they were looking for employees who had a strong work ethic and could turn a wrench. A contact at a garage door distributor gave Scott the name and number of Brian Gambale. One phone call later and the start of a fantastic career began.

Brian started with Precision Garage Door as a technician on November 19, 2008. He had never worked on garage doors before… as a matter of fact, Brian was actually a chef.  He had graduated with a degree in culinary arts and was deep into his career as a chef when Scott called him and discussed the opportunity for employment at Precision Garage Door. Brian was ready for a change and felt that this was a new career path he wanted to explore.

As the company grew, so did Brian’s responsibilities. Brian moved into the lead technician position, and is now the Operations Manager.

When asked why he has chosen to make Precision his career, Brian stated, “Two reasons I’ve made it this long. Scott and Shauna. There’s something to be said for working for someone you trust. They are about an employee who has been here 2 weeks as much as someone who has been here since day one. I’ve never felt like a number or a cog in the machine. If I was to ever start my own business I would want to treat my employees exactly the same way.”

When asked about the impact Brian has had on the company Shauna stated, “When we hired Brian in November of 2008, we were a young company that had only begun 5 months earlier. We had a small warehouse, beat up trucks, and the office/support staff consisted only of Scott and me. Scott was doing all of the training of the techs. Brian had a culinary degree and no experience with garage doors. He had to learn a lot by doing! He did so with confidence. He quickly became our “technical expert”, whom the other techs call for help when they need it. Brian has always had great work ethic, and would take anything thrown his way without complaining to us about it. He has since become an integral part of our team- keeping our warehouse stocked, our trucks stocked, providing technical support for our techs, providing great customer service to our customers, and more. He is an important part of our Precision family. He believes in Precision- in our products, in our mission, in our team. Thank you, Brian!” Scott followed up by stating, “Since he was a chef, I knew he was the right ingredient.”

Thank you, Brian, for 10 years of amazing and impeccable service. You are truly a Precision Superhero! 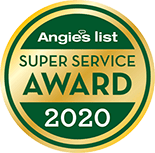 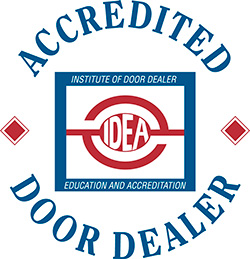 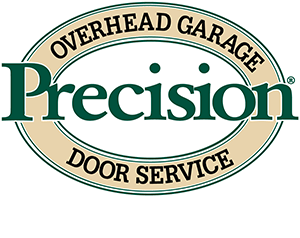